The Lloyd’s Marine Collection at Guildhall Library is among our most valued resources. We receive more e-mail and postal enquiries for this collection than for any other.

We are very pleased to announce that the library has some new online resources for maritime history researchers to complement the Lloyd’s collection.

We are delighted to have subscription access to both Lloyd’s List and Lloyd’s List Intelligence. Both resources include a searchable, online archive back to 1997. This is great news for those of you whose vessel research requires shipping movements and marine news from 1997 onward. No more laboriously going through each issue on microfilm!

We were very sorry to see the demise of the printed version of Lloyd’s List in December 2013, especially as our collection goes back to the first (surviving) issue in 1741, so we are pleased to confirm that the archive continues in this new format (for use in Guildhall Library – proof of name and address required).

Guildhall Library has been honoured to host the work of the military historians who have given their time and knowledge to creating a database of the movements of World War Two Convoys. This work was begun in the 1980s by the late Arnold Hague (1930 – 2007); and has been continued by his associates.

Their invaluable work has only been accessible to staff members in the past, but has now been converted into an easily searchable website. Access to this resource is available in Guildhall Library only. We are very grateful for the generosity of researchers past and present and to the web master who willingly donated time and expertise in making this invaluable and accessible resource. We hope to expand and develop the site in the future so do look out for announcements. We have subscribed to the premium version of this database and it is available not only to users within Guildhall Library but remotely for members of City of London Libraries.

The site now contains nearly 2.8 million citations compiled from indexes for books, journals, websites and other resources. Over 85% of the citations link to the full text, either through Google Books or to online resources and the vessel search is particularly useful for locating photographs of ships.

The citations also link to library catalogues helping you to locate material not available digitally. 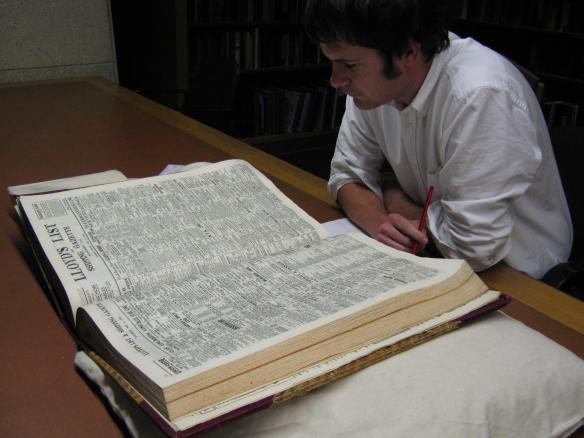 Don’t forget to explore our Ebsco Discovery Service. With a City of London Library Card you can search in the library or at home for books, articles and reviews on maritime subjects using EBSCO, JSTOR and Oxford Reference. You can see a complete list and find an online form for joining the library at: http://capitadiscovery.co.uk/cityoflondon/assets/-/onlineref.html

We are committed to developing tools to help users to access our collections and we have been fortunate to have a dedicated group of volunteers who have completed some great work over the years, including putting over 250,000 voyage record cards which were in 6 chronological sequences into one alphabetical run!

The benefits of their labour and commitment are also felt by the many people who use Guildhall Library’s unique index to Lloyd’s List Marine News 1740 – 1837, freely available on our website: https://www.cityoflondon.gov.uk/lloydslist/

In the coming years we hope to be able to make further indexes to Board of Trade Reports and Inquiries and other material available and our volunteers are currently working on an index to marine news in Lloyd’s List covering the 1920s to the 1970s. The task will take some time and we are grateful for all of our (past and present) volunteers’ hard work over many hours.

For more information and guides about the Lloyd’s Marine Collection see http://www.cityoflondon.gov.uk/things-to-do/visiting-the-city/archives-and-city-history/guildhall-library/collections/Pages/Maritime-history.aspx
If you have any queries about access to any of these resources see the enquiry desk or e-mail us guildhall.library@cityoflondon.gov.uk

We were interested to view the programme ‘An Arctic Convoy Disaster’ on BBC Two last week as the Lloyd’s Marine Collection held at Guildhall Library includes sources recording the journeys of vessels involved in these convoys.

Under attack from both German U-boats and the extreme climactic conditions whilst taking vital supplies on the route between Britain and Northern Russia, meant that life on the Arctic convoys was particularly harsh and dangerous. Churchill is believed to have called it ‘the worst journey in the world’. The convoys carried desperately needed munitions, fuel, food and medical supplies. Around 3,000 sailors and 104 merchant vessels were lost on these Arctic convoys which ran between 1941 and 1945.

In spite of the hardships and sacrifices endured by the merchant seamen and other service personnel, it has taken a very long time for a formal award to be made. However, in December 2012 the UK Government announced a new medal for veterans of the Second World War Arctic convoys to be named the ‘Arctic Star’.  It is awarded for ‘service of any length’, north of the Arctic Circle, during World War II. The Royal Mint has now produced the medal and it is thought that around 120,000 men from across the services will be eligible to claim it.

Those applying for the medal are required to demonstrate knowledge of the vessels on which the merchant seaman served and crucially to provide evidence of where those ships travelled. For the Arctic Star award this is evidence that the ship took part in an operation or convoy north of the Arctic Circle. Staff at Guildhall Library have been pleased to assist some of the medal claimants (or their families if it is a posthumous claim).

Some of the seamen (or their families) hold their Continuous Discharge Book which shows their service record, but as they carried this with them at sea, it was vulnerable to loss or damage. In the absence of this, details of service can be gained from the Merchant Navy Registers of Service held by the National Archives at Kew.

Once the claimant has a list of vessel names and the dates served, they can contact Guildhall Library for the relevant Lloyd’s Voyage Record Cards (VRCs). Copies of the VRCs are accepted by the MOD who grant the award (forms available from Veterans UK).

The VRCs at Guildhall Library are for merchant vessels and usually give vessel name, port of registration, net tonnage and name of master. They cover c1927 – c1975 and form an index to shipping movements in Lloyd’s List. Dates of arrivals and sailings and port abbreviations are given on the cards which generally give the user everything they need without the need to look at Lloyd’s List itself. There is also brief reference to shipping incidents and casualties.

Here is one side of a VRC for the ‘Empire Howard’ which took part in the Arctic Convoy PQ 14. As you can see she arrived at Reykjavik, Iceland on the 31st March 1942. Arrivals are written in black ink.  She sailed Reykjavik (red ink) on the 8th April but was torpedoed and sunk on the 20th April 1942 (blue ink). Look closely and you will be able to see the port abbreviations for Loch Ewe, Reykjavik, Iceland and Murmansk (and others); this wasn’t the first time the ship had made this challenging journey.

We are amazed by the approachability and good humour of the people who contact us. They lived through terrifying experiences and are brave and cheerful in talking about their war service. We also witness the heart-warming goodwill shown by people volunteering for various organisations helping the merchant seamen make their long overdue medal claims.

Guildhall Library holds many printed items that may help you find out more about the convoys of World War II. A list of books on this subject can be found on our online catalogue: http://is.gd/arcticcon. Further information about the Lloyd’s Marine Collection and the Voyage Record Cards (VRCs) held at Guildhall Library can be found on our website: http://is.gd/LMCol. Visitors need to give at least three working days’ notice for us to locate VRCs for up to ten vessels at a time. The cards can also be copied and posted (charges apply) to enquirers.

Applications for the medal can be made via www.veterans-uk.info/arctic_star_index.htm or write to: The Arctic Star, MOD Medal Office, Imjin Barracks, Innsworth, Gloucester, GL3 1HW.

A little while ago we were asked for assistance in tracing the movements of a rescue ship named the ‘Zamalek’. The enquirer was collating details of his Merchant Navy service during World War II for a family history project. This is something we are regularly asked to assist with, and we were able to provide the information he needed using the Lloyd’s Voyage Record Cards. These cards form an index to shipping movements in Lloyd’s List for the period 1927-1975 and are unique to Guildhall Library. 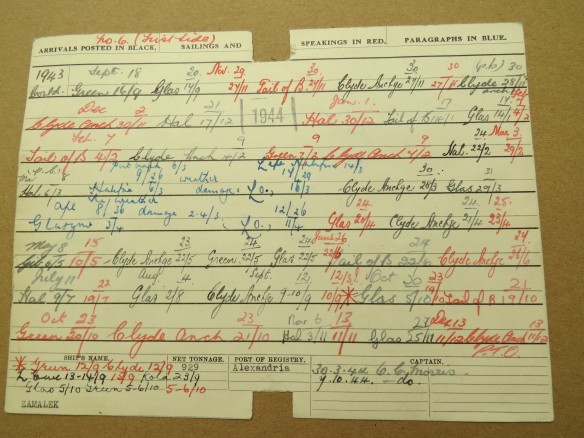 As you can see the ‘Zamalek’ sailed Halifax, Nova Scotia, on 30th December 1943 (red ink) arriving at Glasgow by 14th January. By the 7th February she set off again for Halifax, arriving there on the 22nd (black ink). Setting off from Halifax again on the 6th March she sustained some weather damage in these harsh conditions (blue ink). We offer a guide and an abbreviations list to assist people in deciphering the cards.

We were also able to offer an image of the crew at the very time the enquirer was aboard (below). This is a rare example from the Lloyd’s Collection, which contains few images. 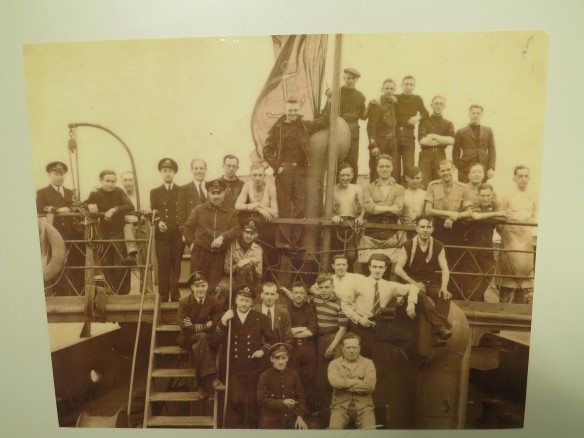 You can find out more about Guildhall Library’s marine collections at: http://www.cityoflondon.gov.uk/things-to-do/visiting-the-city/archives-and-city-history/guildhall-library/collections/Pages/Maritime-history.aspx 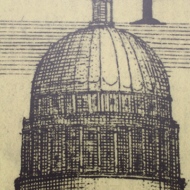 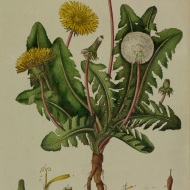 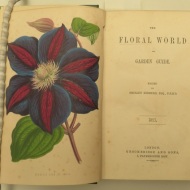 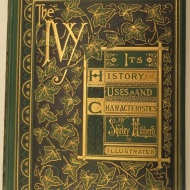 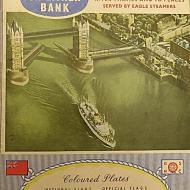 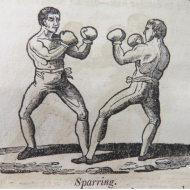 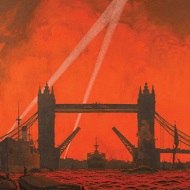 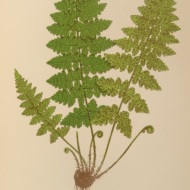 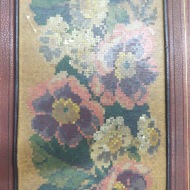 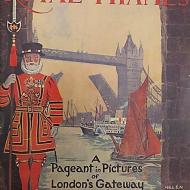 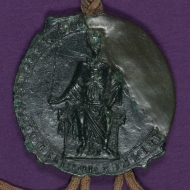 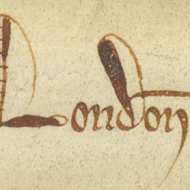 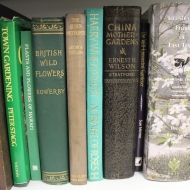