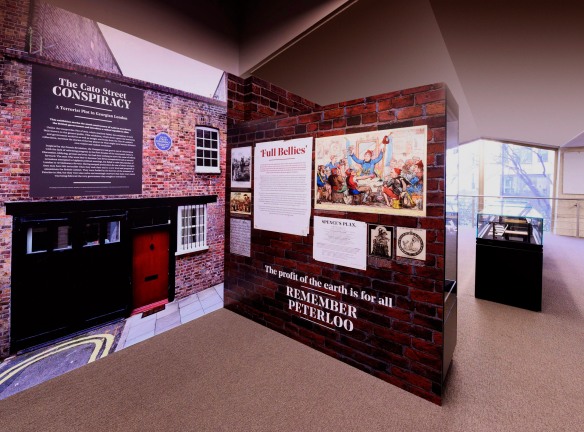 The Cato Street Conspiracy was a terrorist plot to murder all the British cabinet ministers and Prime Minister, seize the Bank of England and the Tower of London and establish a revolutionary government at Mansion House.
The plot was hatched by a band of improvised craftsmen led by Arthur Thistlewood. On the evening of 23 February 1820 Thistlewood lead the plotters into a humble stable building in Cato Street, Marylebone and straight into a police trap. Thistlewood had been deceived by a government agent George Edwards. In the ensuing struggle between the conspirators and the authorities, a Bow Street Runner, was fatally stabbed by Thistlewood. 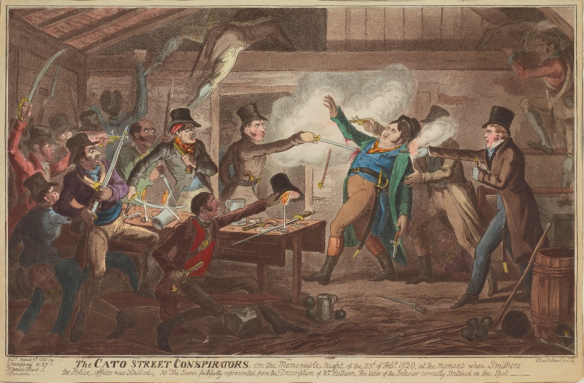 Eleven conspirators subsequently stood trial at the Old Bailey during April 1820 charged with High Treason. Five men were sentenced to transportation. The five leading conspirators were sentenced to the full sentenced passed on those convicted of High Treason up to 1870:
““That you, each of you, be taken hence to the goal from whence you came, and from thence that you be drawn on a hurdle to a place of execution, and be there hanged by the neck until dead; and that afterwards your heads shall be severed from your bodies, and your bodies divided into four quarters, to be disposed of as his Majesty shall think fit. And may God of His infinite goodness”
On 1 May 1820, one hundred thousand people crammed into an area outside Newgate Prison to witness what was to be the last public hanging and beheading in England. 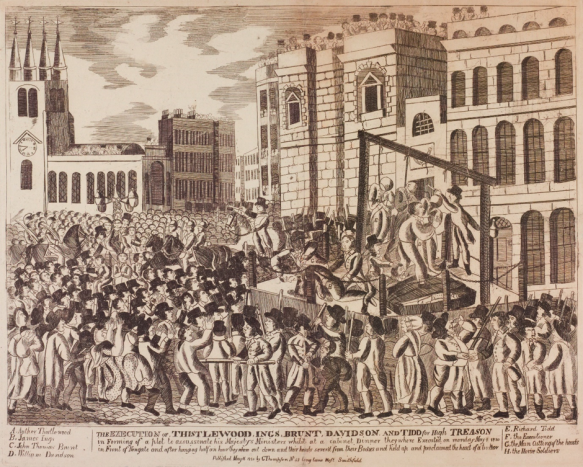 If you like to know more, Guildhall Library’s free exhibition runs until 4 May 2020. Drawing on contemporary documents and images, the exhibition places the conspiracy in wider context of political and economic unrest of the early 1800s and narrates the story of the conspiracy, its participants and their fates.

There is also an accompanying events programme: A free curator led tour will take place the last Friday of each month of the exhibition 1-1.45 pm. In addition, Actor David Benson will introduce the main characters in an evening performance described by the British Theatre Guide as entertaining rampage through history, brought to life with humour and a provocative reflection on our contemporary political crises” (Tuesday 7 April 2020, 6-8pm ; £7 per person). Places for either event are bookable via www.ghlevents.eventbrite.co.uk. 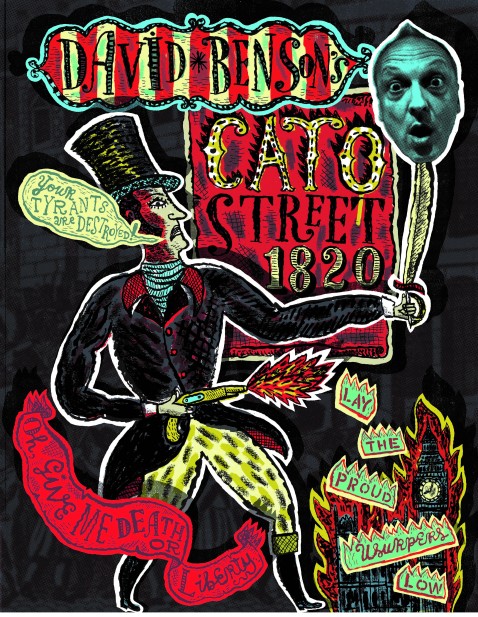