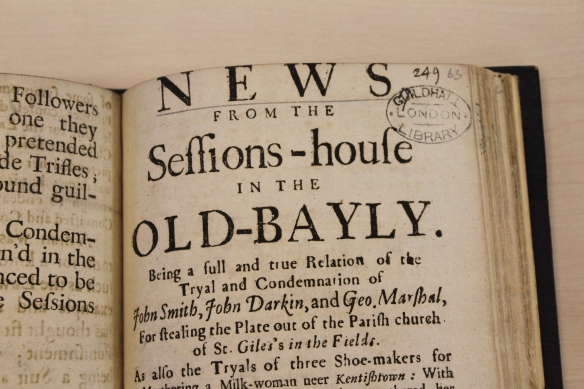 Exactly ten years ago the launch of Old Bailey Online saw an unprecedented amount of information made available to researchers online. The Old Bailey Online project involved the digitisation of all surviving pages and transcripts of trials from the Old Bailey Session Papers between 1674 and 1913. It contains data from an astounding 197,745 criminal trails.

Guildhall Library has long held an extensive collection of Old Bailey material and was proud to be involved in the digitisation project. We were one of the original partners in the project, supplying original material for the Old Bailey Session Papers and the Ordinary of Newgate’s Accounts, as well as other pamphlets and sources related to London criminals and crime. Some of our material from the 18th century is believed to have originally belonged to the Old Bailey itself – and features stamps and annotations added by Old Bailey staff. 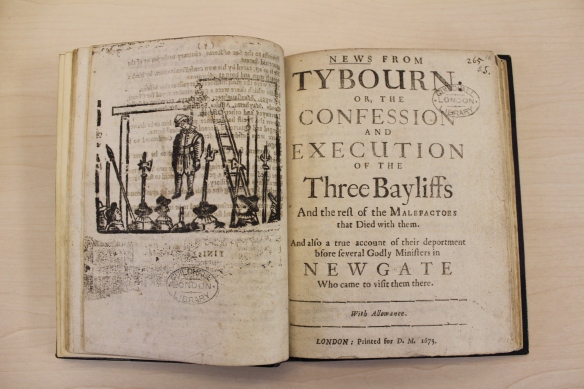 When the service went online in March 2003, researchers, academics, students, genealogists and historians were treated to what is in fact the largest body of texts detailing the lives of non-elite people ever published – and it’s all free. The Ordinary of Newgate’s Accounts between 1676 and 1772 are included, along with biographical data on the approximately 2,500 men and women executed at Tyburn. And it’s not just about data – contemporary maps and images are also available.

Old Bailey Online is not only free but is fully searchable and fully downloadable. Researchers at Guildhall Library have reported that they find the indexes and the ability to search under any keyword to be particularly useful. 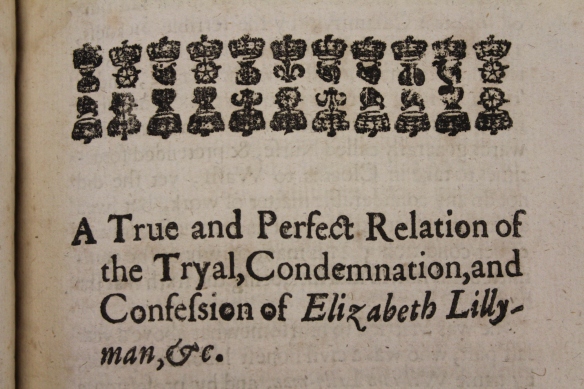 All images above are taken from the ‘The black book of Newgate’ 1674-9, held at Guildhall Library.

And it’s not just researchers into crime who have benefited from Old Bailey Online – its data can be used for numerous other topics, especially those covering social history. It has proven extraordinarily valuable for family historians, and not only for those with criminal ancestors – people who have relatives who were victims, jury members, witnesses and members of the legal profession also find this source very useful.

Old Bailey Online can be found at: http://www.oldbaileyonline.org/

The original sources can still be accessed at Guildhall Library. 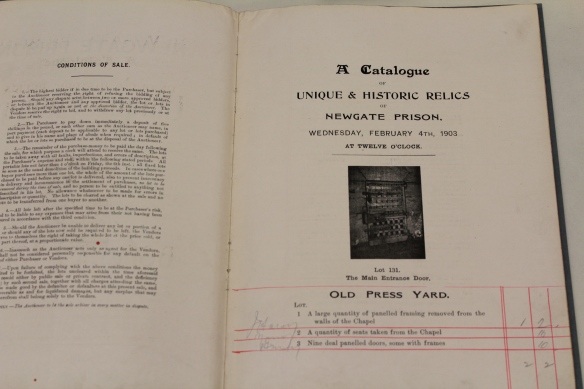 A catalogue of auction items from Newgate Prison, held at Guildhall Library.